Get to know the personalities behind the images we have the privilege of sharing with you. This month, we posed a few questions to Eve Stockton, a printmaker living and working in Alexandria, VA. Read the full interview with Eve

Kenise Barnes Fine Art: EVE STOCKTON – The World Alongside Ours

The Markland: “The Landscape Show”

Lily Press: “It’s About That Time: Prints From Lily Press”

“A few of Stockton’s prints are based on triangle-based patterns, but she derives most of her motifs from nature. Hives, waves, petals and starbursts dominate this selection of the Alexandria artist’s work. The repeated images sometimes pit platinum tones against shades of blue, but are often in a narrow range of metallic shimmers. Eye-catchingly luminous and large enough to immerse the viewer’s attention, Stockton’s pictures are as mesmerizing as glints of sunlight on a rippling pond.” 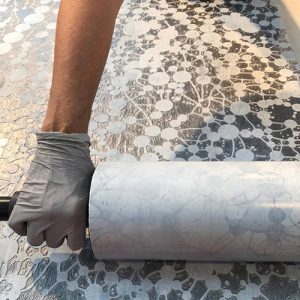 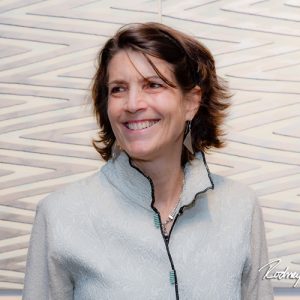 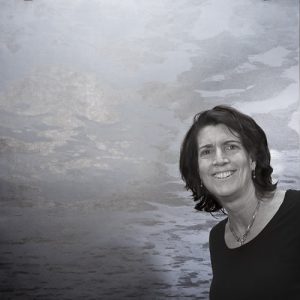 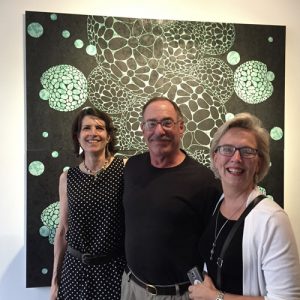 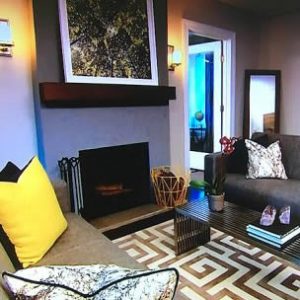 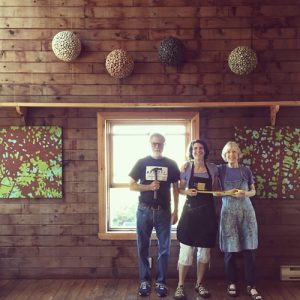 Eve Stockton is proud to announce several new installations at the New York University Langone Medical Center. Highlights include Ensemble: Clouds & Zumscapes at the Institute of Reconstructive Plastic Surgery, a ceiling application of Woodland Skyscape at the Steven and Alexandra Cohen Veterans Center, and a wall of Blooms at the Ronald O. Perelman Department of Emergency Medicine. 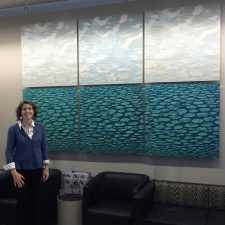 May/June 2015 — Home & Design Magazine
Growing up in rural Chesterland, Ohio, Eve Stockton loved exploring the deep woods and environs near her home. The house, overlooking farm fields, was cantilevered above a ravine that led to a small series of caves. “It was really magical,” recalls Stockton. “I would go out and play for most of the day. It seemed so natural.”

Those early adventures are much more than distant memories for the artist. Drawing from a lifetime of outdoor observations, her large-scale prints—vivid seascapes, hazy landscapes, imagined stirrings of life—conjure the primal power and robust beauty of nature. Inspiration has also come from printed images collected over years. “I’ve always been so interested in nature and exploring imagery,” she says, adding enthusiastically, “Woodcut printing is a brilliant medium for what I want to express.”
Read More 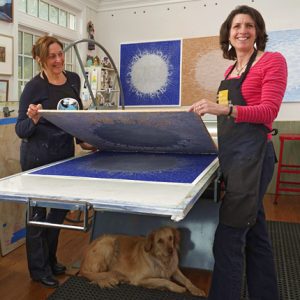 Some 25 blocks east, Long View Gallery is showing work that has much in common with Kentridge’s and Nash’s. Eve Stockton is a printmaker who uses a traditional form, wood block, but on an unusually large scale. Inspired in part by visits to Nova Scotia, the Connecticut artist crafts views of nature, both macro and micro. Her painstaking technique and some visual motifs, such as waves and branches, recall great Japanese printmakers such as Hokusai (the subject of a recent Sackler Gallery exhibition). But Stockton doesn’t emulate her Japanese precursors’ dramatic compositions, preferring all-over designs that feature repeated forms. She often focuses on modest objects, such as seed pods, or depicts cellular patterns that could represent nature in extreme closeup. If Stockton were to take Mount Fuji as a subject, she’d probably fix on its tiniest details.
Read More 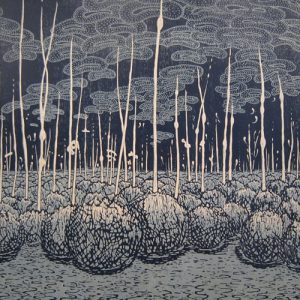 Bounty Hunter set designer, Ellen Christiansen, sourced several of Eve Stockton woodcut prints for Jennifer Aniston’s apartment. Featured is blue woodcut “Evolutionary Landscape” and two other large woodcuts from the “Blooms” series. One of Eve’s “Bloom” woodcuts will also be used in the upcoming movie Something Borrowed, and the Laura Linney series The Big C on Showtime.
Read More 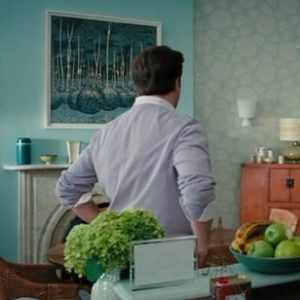 The secret sci-fi life of plants

VISUAL ART: THE AMERICAN artist Eve Stockton, whose Evolutionary Landscapes II is currently showing at the Wexford Arts Centre, originally trained as an architect, and there is a strong feeling of order and structure to her coloured woodcuts.
Read More 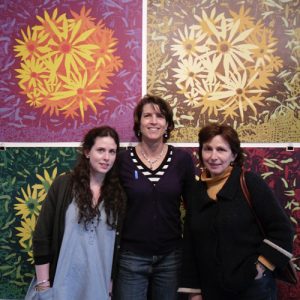